EDPIA high-level conference on the future of EU Digital Payments

EDPIA is holding its first in-person conference since the alliance’s foundation in May 2020, which will see high-level discussions on the future of the Digital Payments Industry in Europe.

EDPIA believes in the value of a strong European policy framework that enables intense competition between a variety of market-based solutions. It also supports Europe’s ambition to become a leader in the digital payments industry by bringing payments closer to EU citizens, businesses, and public bodies.

Following the accelerated shift in both consumer behaviour and the market during the pandemic, and at a time when the legislative agenda is particularly full, EDPIA wants to bring together European policymakers, banking, consumer and payment industry representatives discussing the most important current issues.

Several other policy topics such as the Interchange Fee Regulation, the Artificial Intelligence Act, the Digital Operational Resilience Act (DORA), the Markets in Crypto Assets Regulation (MIDA), the European Digital ID framework, anti-money laundering legislation, the European Chips Act and the Data Act remain on EDPIA’s radar. You can read more about the EDPIA’s commitments here. its expertise, EDPIA is now part of technical working groups monitored by the EU bodies as ERPB and PSMEG.

A new leadership for EDPIA

The conference will also welcome Bo Nilsson (Board Member of Nexi Group and former CEO of Nets Group), taking over from Gilles Grapinet (CEO of Worldline) as the new President of EDPIA for the coming year.

Bo Nilsson joined Nets Group as CFO in 2013 before being appointed Group CEO in 2014. He now sits as a board member in Nexi Group after the two companies merged in 2021, and he will continue working to drive reliable digital payments in Europe as President of EDPIA.

The European Digital Payments Industry Alliance (EDPIA) represents the interests of European independent Payment Services Providers. Its purpose is to contribute to EU policy debates that define the business environment for electronic payments, and to strengthen the visibility and understanding of the European payments industry amongst policy makers and society as a whole. EDPIA’s broader objective is to support the EU’s objective to create a Digital Single Market, fueled by digital payments. It is in favour of a strong, stable and properly enforced European regulatory framework that enables intense competition between transparent and market-based solutions, allowing them to compete for the trust of their European and global clients. EDPIA’s current areas of focus include the EU Commission’s Retail Payments Strategy and the impact of COVID-19 on Payments Service Providers. 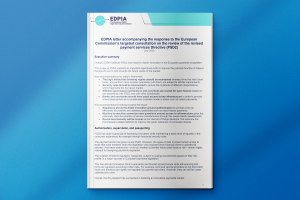 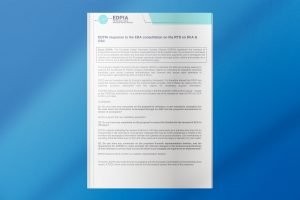